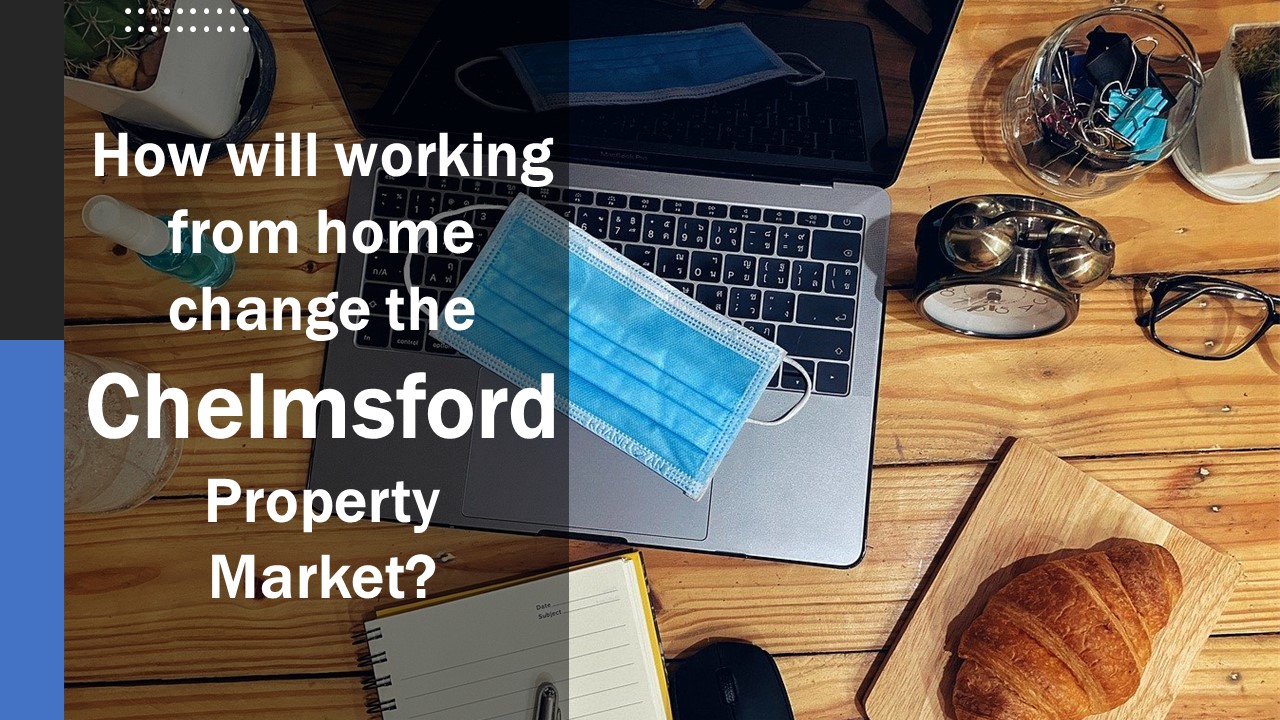 Before the Covid-19 pandemic hit, 4,999 Chelmsford people worked mainly from home, or about 8.7% of Chelmsford’s 57,275 workforce (compared to the national average of 14.9%). Yet over the last few weeks, many hundreds, even thousands more Chelmsford workers have joined them in their spare rooms or at their kitchen or dining room tables.

Amongst warnings from the Government that some lockdown constraints could stay in place into 2021, businesses are dealing with an unexpected cultural shift in how many of us do our work. Talking to many Chelmsford people who have been asked to work from home, for many it has been a pleasant success.

Working from home does have some negatives though. I have found myself still working at 8pm/9pm and beyond as I have forgotten to clock out and whilst many people might think working from home means doing less work, more often than not, the reverse is true for industrious and hardworking employees. When you don’t have that break of the commute the office, the workday can blend into the home life. Talking of commuting, the average British worker has a daily commute of 11.9 miles, whilst locally…

The average daily commute for a Chelmsford worker is 11.2 miles

A least working from home, the commute is only to the dining room table or spare bedroom. Speaking to some friends of mine that are new to working from home, they said to me that they can feel out of the office-loop as they miss the ‘water-cooler’ moments or spur-of-the-moment brainstorming session over a brew, it’s tough to reproduce that from home.

Don’t forget to get into your garden (if you have one), stretch those legs. Ensure you are taking advantage of the daily exercise allowance. I see so many people walking around our neighbourhood daily who I haven’t seen before. Let’s hope they keep up the habit once lockdown is removed. You have to admit, it’s quite nice especially as there are far less cars on the road.

Chelmsford workers commute 533,540 miles a day to work
That’s all the way to the moon and part way back again – every day!

Some feel guilty if they don’t reply to co-worker’s emails or phone calls straight away. My friends stated that they didn’t want their team-mates to wonder if they were taking it easy rather than pulling their weight. The best advice I can give from working with my team is to over communicate, and I suggested (as I do to you) to tell their bosses and colleagues what you are doing and share their accomplishments using those video conferencing software packages.

The really hard part is having a dedicated space in your home. Attempt to set up a workspace and make it out of bounds to the rest of your household while you are working (although that is very difficult when you have children, or your partner is having to work from home as well). Is there anything worse than being on an important call to your boss or a client, only to have a delivery driver knocking on the door or having your kids and dogs yelling and barking in the background? It’s a balancing act!

Interestingly, looking at the stats and this internment in Chelmsford people’s homes could be a catalyst for people wanting to move home later in the year be it for rent or for sale, thus giving a vital boost to the Chelmsford property market. Would it surprise you that…

11,391 Chelmsford households are either at full capacity or officially overcrowded?

The definition of full capacity is when the household has enough bedrooms for the occupants. The definition is set out in ‘The Allocations Code of Guidance’, which recommends that the ‘bedroom standard‘ is adopted as a minimum measure of overcrowding.

This means one bedroom should be provided for

That means 24.65% of Chelmsford households do not have  a spare bedroom for their occupants to work from
(compared to the national average of 16.64% of household)

Even worse, I suspect there are many Chelmsford families with two teenage boys or two teenage girls, and guidance is suggesting they can share a bedroom – do they live in the real world? This means there are probably even more Chelmsford households that are at full capacity or even more overcrowded than the stats suggest, meaning plenty of people will be working from dining room tables (if they have a dining room that is) and quite probably the kitchen table … a recipe for even more people wanting to move home later in the year.

So, I don’t know how many Chelmsford people are working from home, yet looking at the newspapers the consensus is that it has at least doubled. For all the reasons mentioned in this article, this looks like we could have a pressure cooker scenario of demand for Chelmsford property once the restrictions have been fully lifted.

Meanwhile, a message to all you new homeworkers in Chelmsford. Working from home is a tough one. The best advice I can give is to change your way of thinking. I know many friends who are missing their offices right now, yet is office-working really so great? Consider the relentless risk of disturbance when you are trying to finish that important project, the recirculated air conditioning with its germs, the shortage of quiet meeting rooms and as I have already mentioned before, the drawn-out and expensive commute.

Try breaking the cycle that being at work – time is productive and not being at work – time is only leisure. The new way of thinking that accepts the concessions of home-working and discards the traditional 20th Century conventions of office working. Yes, the downside is that as humans we are very sociable creatures and we acutely feel the need to be in face to face contact with each other often, meaning lockdown is quite tough for many of us. Yet, if we are able to connect the positive prospects for the future working and the situation that Covid-19 offers us, then together as a society we should be able to find the right balance between working from home and coming together. In the meantime, be considerate of each other and keep safe we are all in this together and we will all overcome this together.