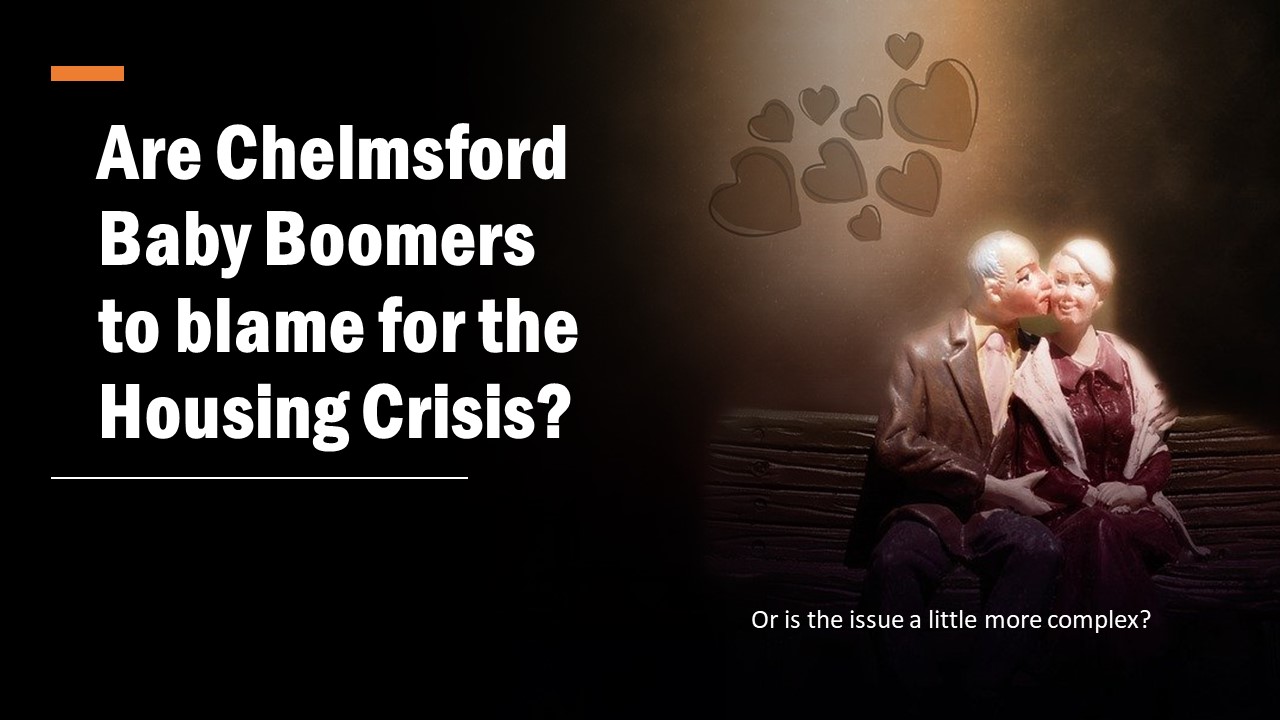 How wealth is distributed will always be a contentious issue, especially as the Baby Boomers (those aged between their late 50’s and late 70’s) wealth has grown exponentially over the last 20 years, compared to the wealth of the younger generation.

As national house prices have continued to grow unabated (for example in the last eight years by 49.9%, whilst real take home pay has only increased by 11.8%), this has meant younger people are finding it even harder to get onto the property ladder and those already on it to move up it.

With a full split as follows … I talk with many Chelmsford pensioners who want to move yet are unable to. There appears to be a shortage of suitable properties in Chelmsford for members of the older generation to downsize into. Due to their high demand and low supply, Chelmsford bungalows and suitable ground floor apartments achieve on average a 15% to 25% premium per square foot over two/three storey properties. Yet would it surprise you only 1% of new builds in the UK are single storey bungalows (compared to 7% 25 years ago)?

YouGov did a survey a couple of years ago and they found that just over one third of homeowning pensioners in the UK were looking to downsize into a smaller property. As I have stated before, as a nation, we need to rethink how we can encourage older homeowners to sell their larger homes to release them to the younger families that desperately need them.

The Government over the last 11 years have appeared to target all their attention on first-time buyers with a strategy such as the Help to Buy Scheme. However, this doesn’t address the long-established under-supply of appropriate retirement housing vital to the needs of Chelmsford’s quickly ageing population. Unfortunately, Chelmsford’s housing stock is sadly ill-equipped for this demographic shift to ageing homeowners.

Also, to add insult to injury, those more mature Chelmsford pensioners in their 80’s and 90’s who do live in the restricted number of Chelmsford bungalows and suitable ground floor apartments are finding it difficult to live on their own, as they are unable to leave their bungalow/apartment because of a shortage of sheltered housing and ‘inexpensive’ care home places.

This in turn means the younger 60 to 70 year old Chelmsford retirees (in their bigger two/three storey family houses) can’t buy those Chelmsford bungalows (occupied by the older retirees), which means those Chelmsford families in their 30’s and 40’s can’t buy those larger family houses (occupied by the younger 60 to 70 year old retirees) they need for their growing families … it’s like everyone is waiting for everyone because of the logjam at the top of the property ladder.

So, what is the solution? Quite simple – build more homes!

With obstructive planning regulations, immigration, people living longer and increased divorce rates (meaning one family becomes two) we have needed 275,000 properties to be built a year since the Millennium to just stand still and meet demand. Twenty years ago, the UK was building on average 185,000 households a year, that figure dropped in the five years after the Global Financial Crisis in 2008 to 140,000 households a year. Thankfully that has increased steadily over the last five years and last year we created 245,000 households in the UK however, we still have all those years since the Millennium to make up for.

The answer is to build on more land for starter homes, bungalows and sheltered accommodation because land prices are holding back the property market, as the larger national building firms are more inclined to focus on traditional two and three storey houses and apartments than bungalows (because they make more money from them). You might say there is no land to build the property on, yet …

only 1.2% of the UK is built on with residential properties

So how could Chelmsford people make money on this news? Shrewd Chelmsford property investors should consider purchasing bungalows, especially ones that need some titivating (say after somebody has passed away possibly). Bungalows purchased at the right price and location are a great gamble for flipping. They should also be considered for renting out as demand will only outstrip supply. This would be a start to the solution of rebalancing the Chelmsford property market so everyone is happier with their lot.

If you would like a chat about the Chelmsford property market – don’t hesitate to give me a call. 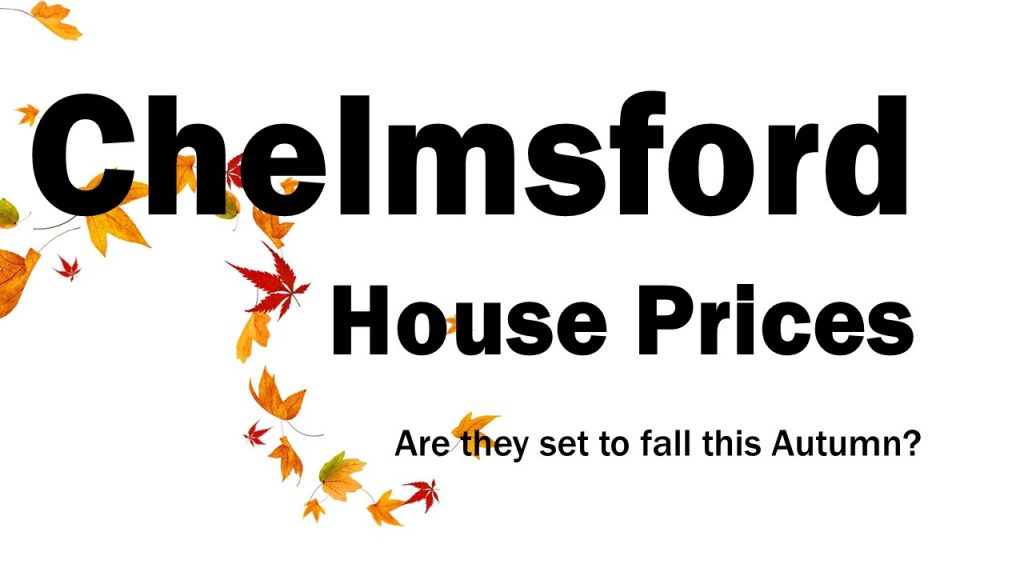 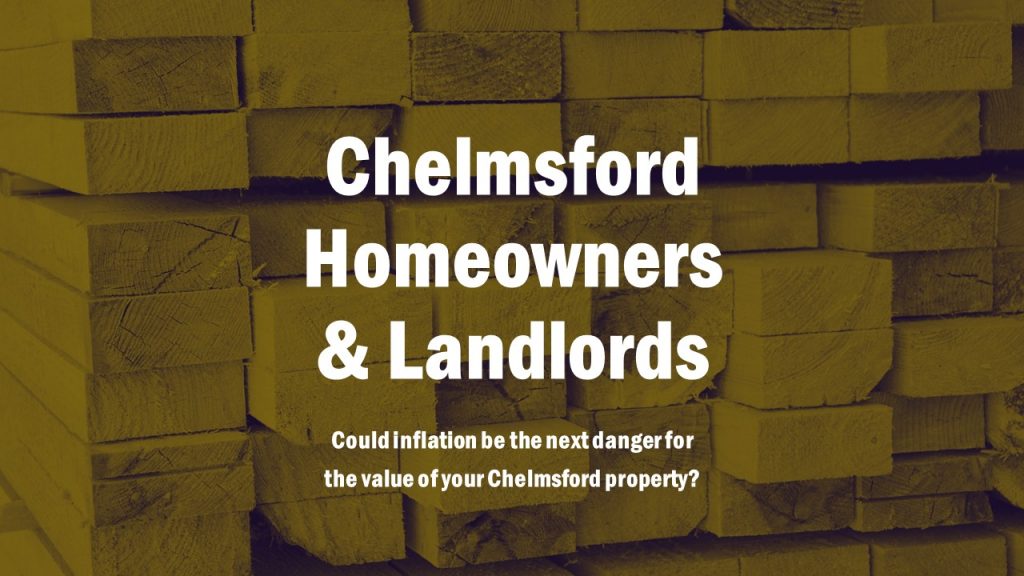 The value of an average Chelmsford semi-detached house … 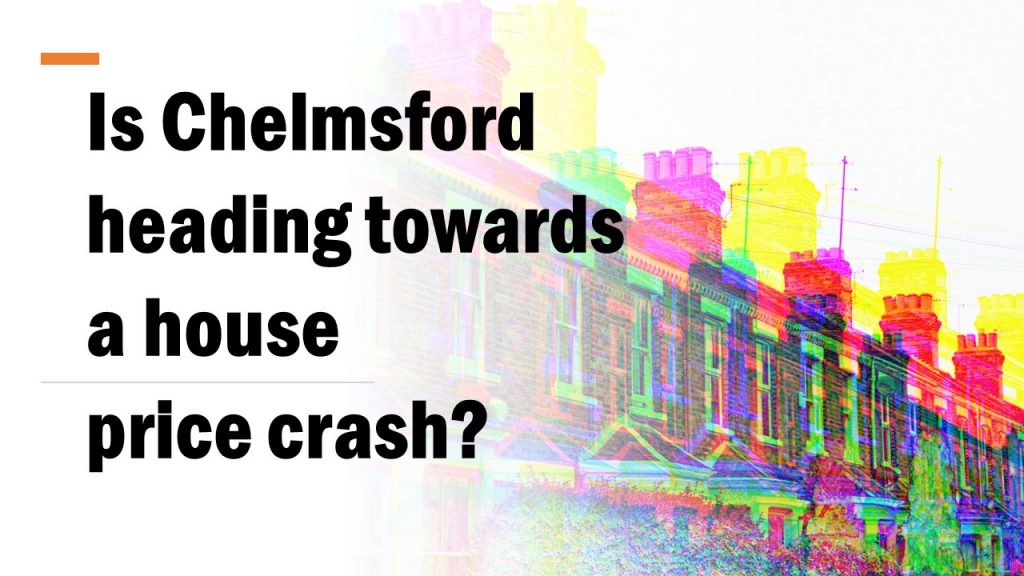 Is Chelmsford Heading Towards a House Price Crash?