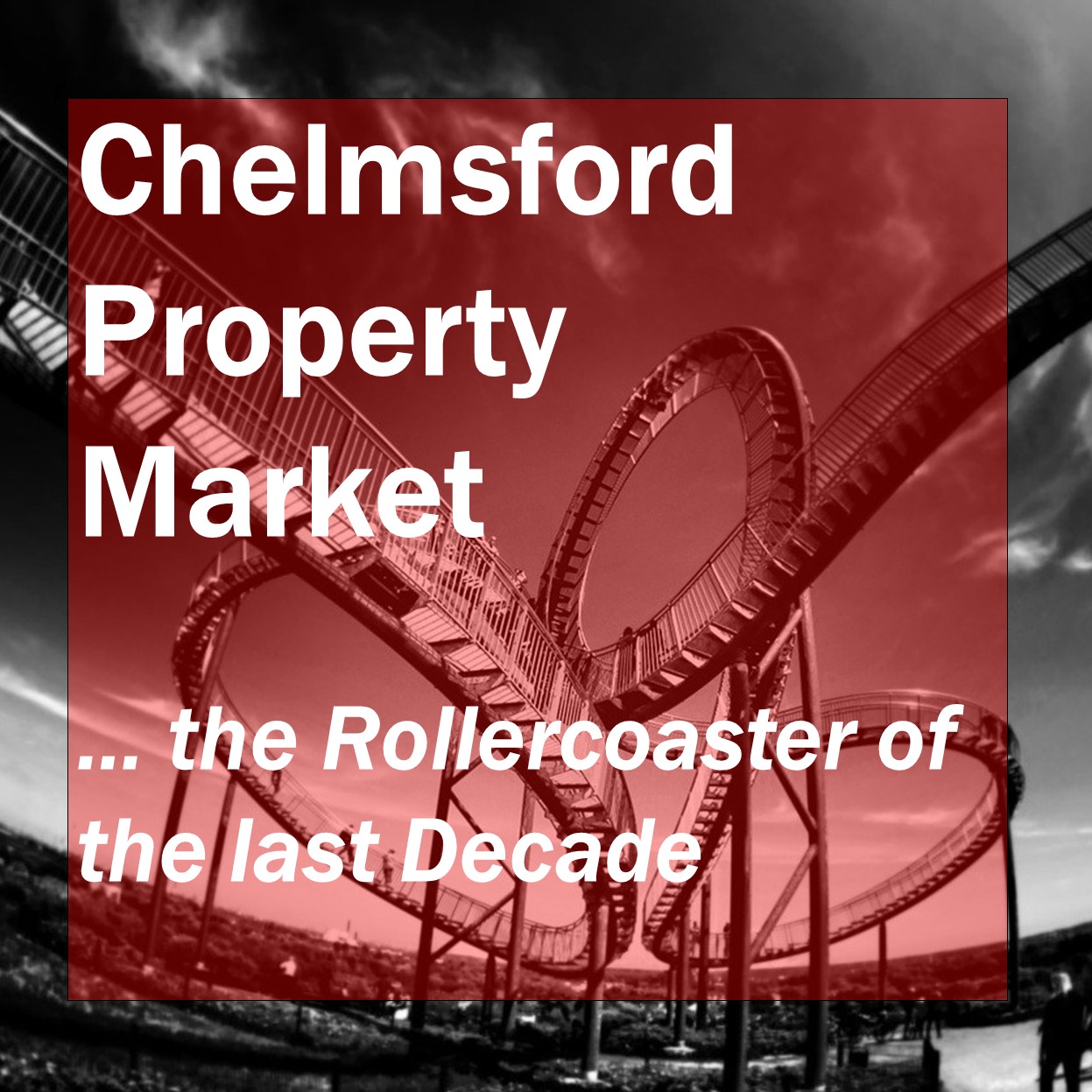 Chelmsford Property Market … the Rollercoaster of the last Decade

Ah the 2010’s, the tens, the teens – I am not sure what we are supposed to call the decade that has just gone. No matter what it was called, the last decade was a tough one, so does it really matter that we never really got around to giving it a name? Some might say, whatever one calls it, coming to an end is the most fundamental job any teen (and I refer to all humans) could possibly do!

The last two decades have certainly been tumultuous. At least for this decade we have just started we can say, in a few decades time, things like “That style is so ’20s” and fellow humans will essentially know what you are talking about. If you come of age in this decade, you will be a ’20s child and we will discuss ’20s politics and ’20s style and all the things that hadn’t been created on the 31st December 2019; the time that two nameless decades ended and how finally there was something everyone in the UK could agree on: the name of the decade. Hey – it’s a start!

So, what has happened to the local Chelmsford property market in the last nameless decade?

… meaning each Chelmsford homeowner has seen a profit of £290.38 per week for those last ten years. Rolling the clock back to the start of the last decade January 2010, and the economy (and housing market) were recovering from the Credit Crunch and the worldwide financial crisis. A decade on and things feel a little different. If you bought a Chelmsford home over the past 10 years, things have certainly changed.

Chelmsford property values rose 61.6% on average over the last decade

On average, 1.12 million homes were sold each year last decade, although that was 26.4% less than the decade before (the noughties) when an average of 1.52 million properties were sold annually.

So, what are the underlying issues in the Chelmsford (and wider UK) property market when, in real terms, property is 28.5% more expensive than a decade ago?  Whilst the newspapers tell us first time buyers can’t get on the housing ladder and the housing market is in gridlock – what is the problem? Well I am a firm believer in the adage ‘bad news sells newspapers’ because the truth is something completely different as 32.7% of homes last year were bought by first time buyers compared with only 22.8% in 2009.

Yet, there are still issues; mainly a persistent lack of not building enough new homes which curtails the supply and choice of property; but stagnated wages, stiffer mortgage rules and homeowners not moving as much as previous generations are all contributing to the problem. In the UK, the number of homeowners who moved in 2019 was around 14% higher than in 2009, yet this was still just under 50% lower than the average for the noughties. It’s all up and down like a rollercoaster!

My thoughts for the future are based primarily on what will happen to interest rates. Throughout the last decade, the Bank of England base rate was 0.5% at the start and was cut to 0.25% in the Summer of 2016. Even with the increase to its current level of 0.75% in the Summer of 2019, it has made borrowing money on a mortgage very cheap indeed. Nonetheless, bank/mortgage rates will rise again and I am concerned about the effect upon the housing market. Now it won’t be as bad as previous times when mortgage rates went up in the 1970’s and 1980’s (with mass repossession) because the tougher mortgage rules introduced in April 2014 will have ensured borrowers were stress tested on their affordability if interest rates shot up.  Most borrowers have been stress tested on their affordability to mortgage rates of up to 6% – 6.5%, which would obviously squeeze household disposable incomes yet stop people losing their homes due to repossession. Whilst I am not giving advice, just personal opinion, if you are one of the 29.3% of homeowners who isn’t on a fixed rate – maybe you should seriously consider doing so?

The 2020’s will be an interesting decade – and if you want to be kept up to date with what is happening in the Chelmsford (and wider UK) housing market – follow me and this blog to read similar articles to this one.