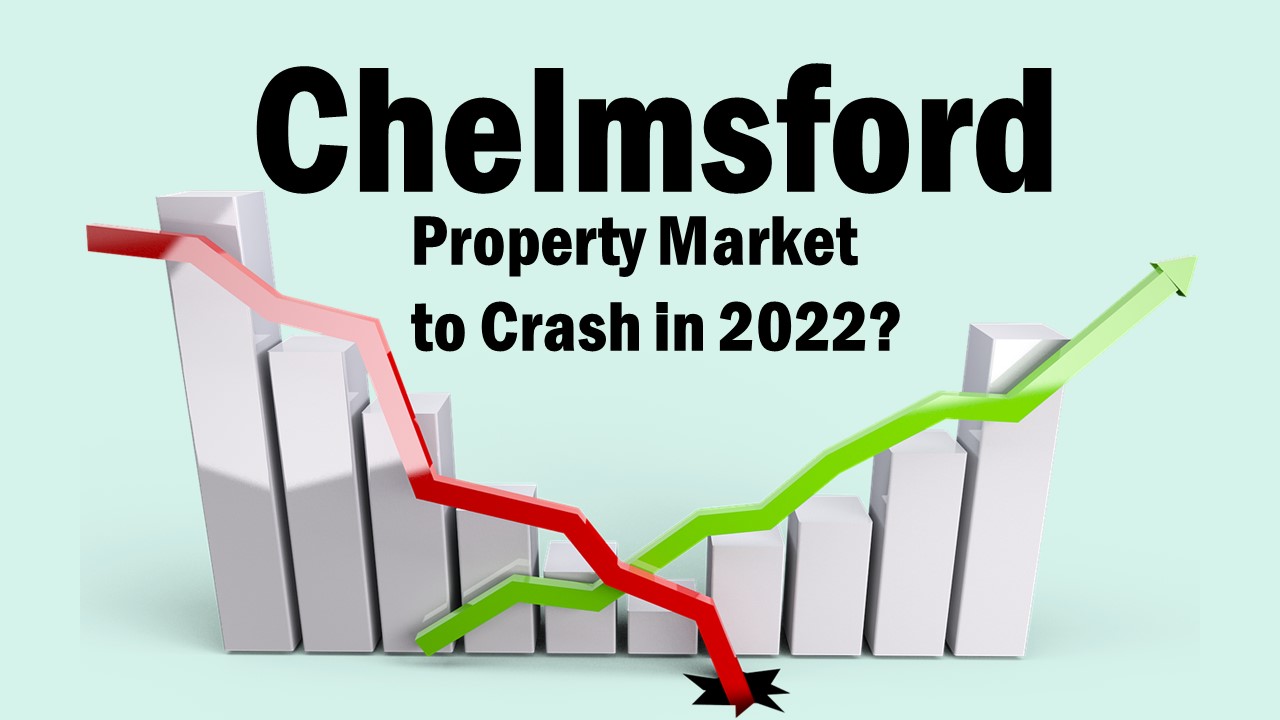 With inflation and the cost-of-living crisis, some say this could cause property values to drop, by between 10% and 20% in the next 12 to 18 months.

There can be no doubt that the current Chelmsford property market is very interesting.

At the time of writing, there are only 520 properties for sale in Chelmsford (the long-term 15-year average is between 1,140 and 1,170), meaning house prices have gone up considerably.

According to the Land Registry…

So, as Robert Kiyosaki says, ‘the best way to predict the future is to look to the past’. I need to look at what caused the last property crash in 2008 and how that compares to today.

One reason mentioned as a possible cause of a crash is the rise in the Bank of England interest rates affecting homeowners’ mortgages.

Yet the newspapers fail to mention that 79% of British people with a mortgage have it on a fixed interest rate (at an average mortgage rate of 2.03%).

So, in the short to medium-term (two to five years), most homeowners won’t see a rise in mortgage payments for many years. Also, 27.8% of all UK house purchases were 100% cash (i.e. no mortgage).

Yet some people say this will be a problem when all these homeowners come off their fixed rate. The mortgage lending rules changed in 2014, and every person taking out a mortgage would have been assessed at application as to whether they could afford their mortgage payments at mortgage rates of 5% to 6% rates, not the 2% to 3% they may well be paying now.

This means the probability of a mass sell-off of Chelmsford properties or Chelmsford repossessions because of interest rate rises (both of which cause house prices to drop) is much lower.

Another reason being bandied about by some people for another house price crash is the ratio of average house prices compared to average wages.

The higher the ratio, the less affordable property is. In 2000, the UK average house price to average salary ratio was 5.30 (i.e. the average UK house was 5.3 times more than the average UK salary). At its peak just before the last property crash in 2008, the ratio reached 8.64.

The ratio now is 8.85, so some commentators are beginning to think we’re in line for another house price crash. However, I must disagree with them because mortgage rates are much lower today than in 2007. For example… So, whilst the house price/salary ratio is the same as the last property crash in 2008, mortgages today are proportionally 71.1% cheaper.

Another reason for a property crash in 2008 was the reckless lending practices in the run-up to that crash.

So, when the economy got a little sticky in 2008, the people that didn’t have the income they said they had to pay for their mortgages (because they were self-certified) promptly put their properties on the market.

The banks’ second aspect of reckless lending was how much they lent buyers to buy their homes. Today, banks want first-time buyers to have at least a 10% deposit and ideally more. There are 95% mortgages available now (meaning the first-time buyer only requires a 5% deposit), yet they are pretty challenging to obtain.

When the value of a property goes below what is owed on the mortgage, this is called negative equity. A lot of Chelmsford homeowners with negative equity (or who were getting close to negative equity) in 2008 panicked because of the Credit Crunch and put their houses up for sale.

So why did Chelmsford house prices drop in 2008?

Meanwhile, mortgages became a lot harder to obtain (because it was the Credit Crunch), so we had reduced demand for Chelmsford property.

Prices will drop when we have an oversupply and reduced demand for something. Chelmsford property prices fell by between 16% and 19% (depending on the property type) between January 2008 and May 2008.

So, what were the numbers of properties for sale in Chelmsford during the last housing market crash?

There were 950 properties for sale on the market in Chelmsford in the summer of 2007 (just before the crash), whilst a year later, when the Credit Crunch hit, that had jumped to 2,062.

This vast jump in supply and the reduction in demand caused Chelmsford house prices to drop in 2008.

So, what is going to happen to the Chelmsford property market?

The Chelmsford house price explosion since we came out of Lockdown 1 has been caused by a shortage of Chelmsford homes for sale (as mentioned above) and increased demand from buyers (the opposite of 2008).

However, there are early signs the discrepancy of supply and demand for Chelmsford properties is starting to ease, yet this takes a while before it has any effect on the property market, so it will be some time before it takes effect.

This will mean buyer demand will ease off whilst the number of properties to buy (i.e. supply) increases. This should gradually bring the Chelmsford property market back in line with long-term levels, rather than the housing market crash.

My advice is to keep an eye on the number of properties for sale in Chelmsford at any one time and only start to worry if it goes beyond the long-term average mentioned above.

But before I go, I need to chat about what inflation and the cost of living will do to the Chelmsford property market.

How will inflation and cost of living affect the Chelmsford property market?

There is no doubt that cost-of-living increases will have a dampening effect on buyer demand. If people have less money, they won’t be able to afford such high mortgages. This will slow Chelmsford house price growth, especially with Chelmsford first-time buyers.

Yet, the reduction in first-time buyers is being balanced out by an increase in landlord’s buying, especially at the lower end of the market.

This, in turn, will stabilise the middle to upper Chelmsford property market. This means the values of such properties (mainly Chelmsford owner-occupiers) will see greater stability and a buyer for their home, should they wish to take the next step on the property ladder.

So why are more Chelmsford landlords looking to extend their buy-to-let portfolios, even in these economic circumstances?

I see new and existing buy-to-let Chelmsford landlords come back into the market to add rental properties to their portfolios. As the competition with first-time buyers is not so great, they’re not being outbid as much.

Yet, more importantly, residential property is a good hedge against inflation.

Firstly, in the medium term, property values tend to keep up with inflation.

Secondly, inflation benefits both landlords and existing homeowners, with the effect of inflation on mortgage debt. As Chelmsford house prices rise over time, it reduces the loan to value percentage of your mortgage debt and increases your equity. When the landlord/homeowner comes to re-mortgage in the future, they will receive a lower interest rate.

Thirdly, as the equity in your Chelmsford property increases, your fixed-rate mortgage payments stay the same.

Finally, inflation also helps Chelmsford buy-to-let landlords. This is because rents tend to increase with inflation. So as rents go up, your fixed-rate buy-to-let mortgage payments stay the same, creating the prospect of more significant profit from your buy-to-let investment. 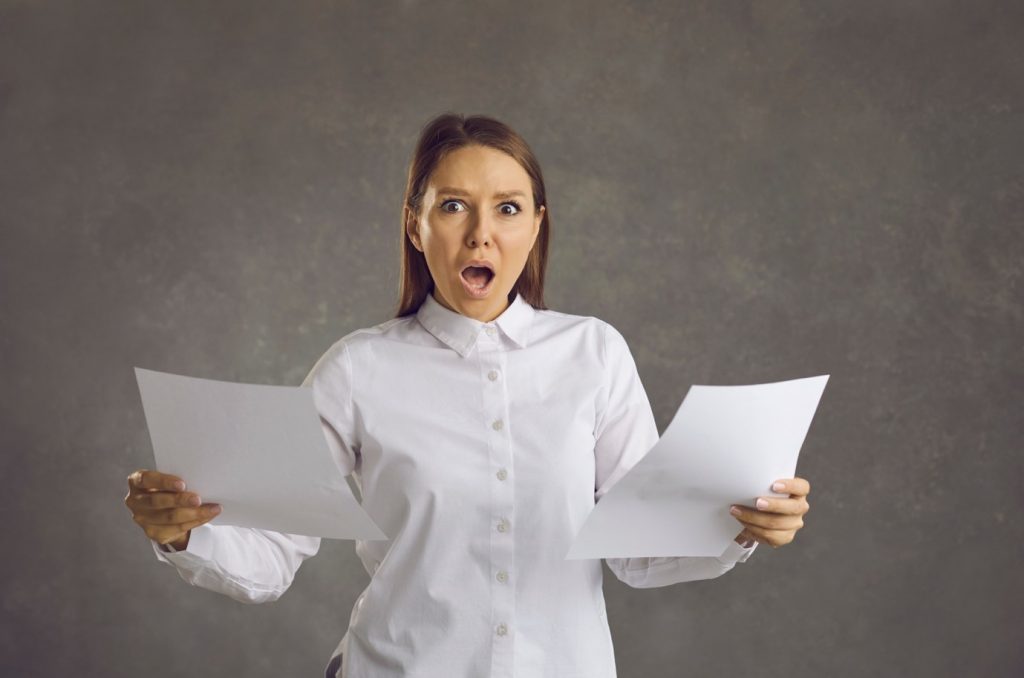 If you’re an HMO landlord in Chelmsford you’re prob…