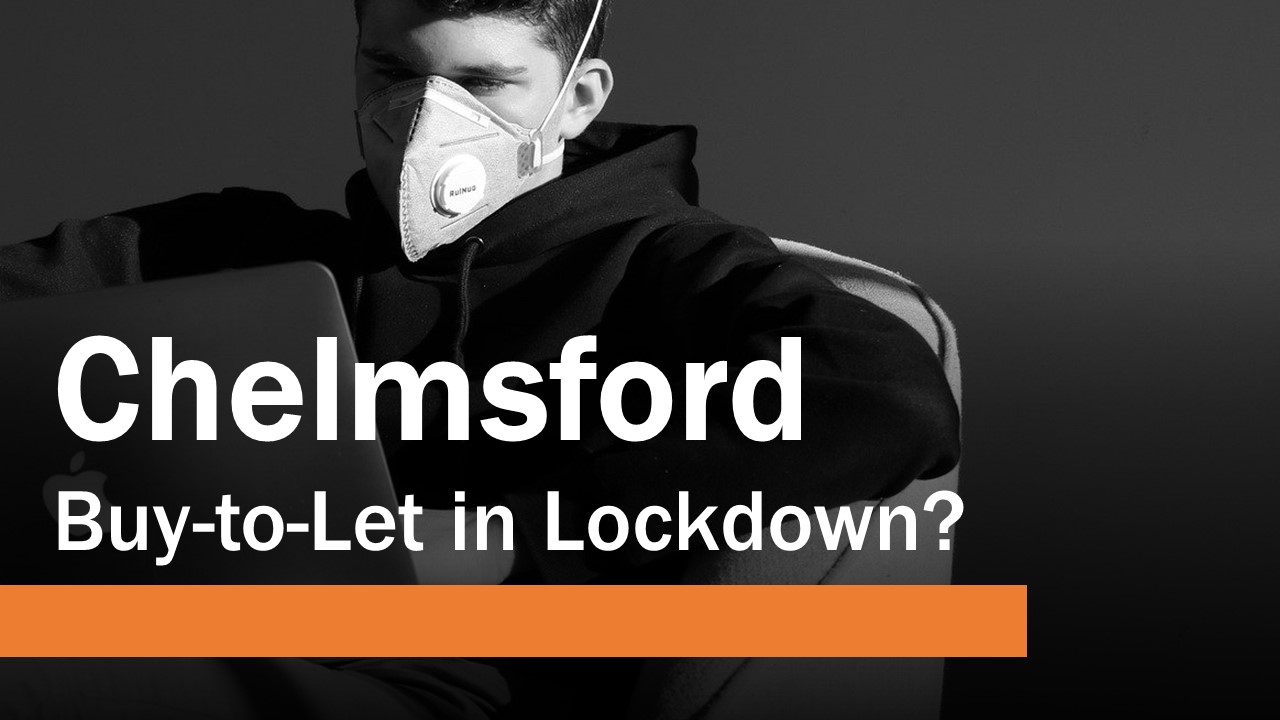 The Lockdown Landlords of Chelmsford

Despite Government regulations that have been in place since the 26 March 2020, when in-person viewings were made illegal, Chelmsford buy to let landlords have during that time been chomping at the bit to build their property empire by looking at buying additional properties for their Chelmsford buy to let portfolio.

There are plenty of investors who think nothing of legally committing to buying a property ‘off plan’ before it’s built – yet over the last few weeks, it has become the norm in the second-hand Chelmsford property market and they have now stolen a march and bagged some property bargains.

Normally, the face-to-face viewing is step one of the second-hand house buying process .. yet now it’s becoming the ‘new normal’ that some Chelmsford agents are carrying out semi-professional video viewings or 360-degree video tours. Even homeowners are getting in on the act and managing a Facetime or Zoom video viewing by walking around their house with their mobile phone.

Yet the Government announced on Wednesday, 13th May 2020 that the Estate & Letting Agency industry could reopen meaning people could view houses, visit agents and move home be they tenants, buyers, landlords or home-sellers. This is all subject to general and specific social distancing rules, specific hygiene regulations and suitable PPE being used.

What has been happening in the last few weeks in the Chelmsford property market?

The average time between sale agreed and exchange/completion of contracts on a house sale (i.e. the keys and monies get sorted) is 17 to 19 weeks, which means buying today would mean you wouldn’t be getting your hands on the property until late September or October at the earliest.

This reduction in supply of new properties coming onto the market combined with this pent-up demand from both Chelmsford landlords and the ‘Boris-Bounce’ could in fact be good news for the Chelmsford property market, let me explain…

Rightmove stated that people going to their website initially dropped by 40% at the start of lockdown, yet now has recovered, with a near doubling of people searching for properties with gardens (for both sales and renting). For many Chelmsford buy to let landlords (and in fact Chelmsford homebuyers) now is the very best time to do research into the Chelmsford property market. All the portals have access to 25 years of property sales with pictures, so you can compare and contrast what has happened to various different property types around Chelmsford to spot those under-priced bargains, meaning you can get moving quickly after lockdown.

Rather than feeling trapped or powerless, this time can be used fruitfully by Chelmsford buyers and Chelmsford sellers to get their ducks in a row

One of the biggest barriers in April was mortgage lending. In the early days of the pandemic, most mortgage lenders removed many of their best deals and enormously restricted their capacity. Currently, though, we are seeing a revitalisation in the mortgage market. In May, with many mortgage products becoming accessible again for borrowers, and with many mortgage companies integrating more digital processes (including Virtual Surveyor Mortgage Valuations in some cases) the mortgage market now has plenty of options available to those who are keen to obtain borrowing.

There is no doubt the Chelmsford housing market got off to a sturdy start in 2020. With Brexit at least partly resolved, the ‘Boris-Bounce’ was starting to take off. With Chelmsford house prices being robust and rental demand was high, the Chelmsford property market was already in a good place to deal with the subsequent Covid-19 issue.

I know there are a few doom mongers in the National Press spouting about a massive crash in the UK property market. There is a natural tendency for newspapers to latch onto the worst-case scenario in any economic forecast. Who can forget the country received similar projections in the lead-up to the 2016 Brexit vote with HMRC itself stating that UK house values would drop by at least 10% in the first 12 months should the UK vote for Brexit and 20% in two years!

With the rollercoaster of the stock market in recent months, investing one’s money into good old-fashioned bricks and mortar has started to seem a good place again.

Buying a property for investment means you have a tangible asset, something you can touch and feel (and understand). The returns from investing in property come from both capital appreciation and income from the rent, and yes whilst property values can go up as well as down, successful buy to let landlords are inclined to take a long-term view on their property investments.

To give you an example of the current buy to let returns, the average Chelmsford terraced/town house sells for £322,700. By taking the ‘The Mortgage Works’ BTL 5-year fixed rate of 1.64%, with £3,954 in up-front fees, a 20-year repayment mortgage would cost you £967 per month or interest only mortgage would only cost £270 per month  .. considering the average rent for a terraced/town house in Chelmsford is £1,105 per month .. even before management, tax, maintenance and other associated costs, that’s a decent gross profit (the £835 gross profit is an illustrative example using the interest only mortgage and the capital element would need repaying at the end of the term).

Isn’t it funny the newspapers aren’t latching on to some reports to say the property market might go in the other direction? Remember – bad news sells newspapers!

So, should you wait to buy your Chelmsford buy to let investment?

Before you buy consider factors like the strength of your financial future, your credit score, the current state of the property market and even more importantly, the state of the mortgage market. Look at the current interest rates, they have never been so low and deliberate the experts’ opinions and just as equally your own opinions as to whether Chelmsford property values are on the rise, will stay the same or are likely to fall.

Interest rates are at record lows, meaning borrowing money is cheap money now, so it may be a good time to buy, as you will pay a reduced cost for the pleasure of borrowing money to buy that investment. Yet, if you waited and Chelmsford property values are on the decline, it may be a good idea to wait, as you could end up getting a better deal on the same type of home, yet if that happens, access to the cheap finance might dry up (meaning you could save some of the purchase price, but the cost of borrowing could go up). It can be very hard to accurately predict what interest rates or property values will do, so these shouldn’t be deciding factors – but they are worth considering.

So, what will happen to the Chelmsford (and UK) property market?

To be honest – nobody knows. What I do know is the Swine Flu in 2009 caused some volatility in the UK property market, but the market stabilised within months. Even in disaster scenarios such as the current one, property remains comparatively stable and will continue to be one of the best places to invest in.

Yes, we could see unemployment rise in the next 6 months (yet the Furlough Scheme has been extended until the autumn) and historically, it has been proved house price falls are not caused by high unemployment; yes GDP will drop drastically because of lockdown yet it could bounce back like it has in China; yes, the number of property transactions will drop, yet that will only really effect the pockets of Chelmsford removal people, Chelmsford solicitors & estate agents and the Chancellor of the Exchequer in lost stamp duty receipts; yes there is £82bn worth of property sales on ice during this lockdown (some of which might not complete) .. it’s all ifs, buts and maybes.

With every economic crisis, the long-term effects of them make people look at their decision making differently.

The simple fact is for decades, demand for homes has outstripped supply – hence why property values have remained so robust. People are living longer (71.1 years in 1960 and 81.1 years nowadays), the mass exodus of EU nationals has not taken place since Brexit and the birth rate has increased by 9.1% since the Millennium which means since 2000, the country has needed at least 240,000 households per year to satisfy the demand. On average, we have only built 150,000 households a year, meaning we have a shortfall of 90,000 households each year for 20 years .. a true shortfall of 1.8m households .. and until we start building anything over that 240,000 requirement … demand will always outstrip supply – and we all know what happens to prices when that happens!