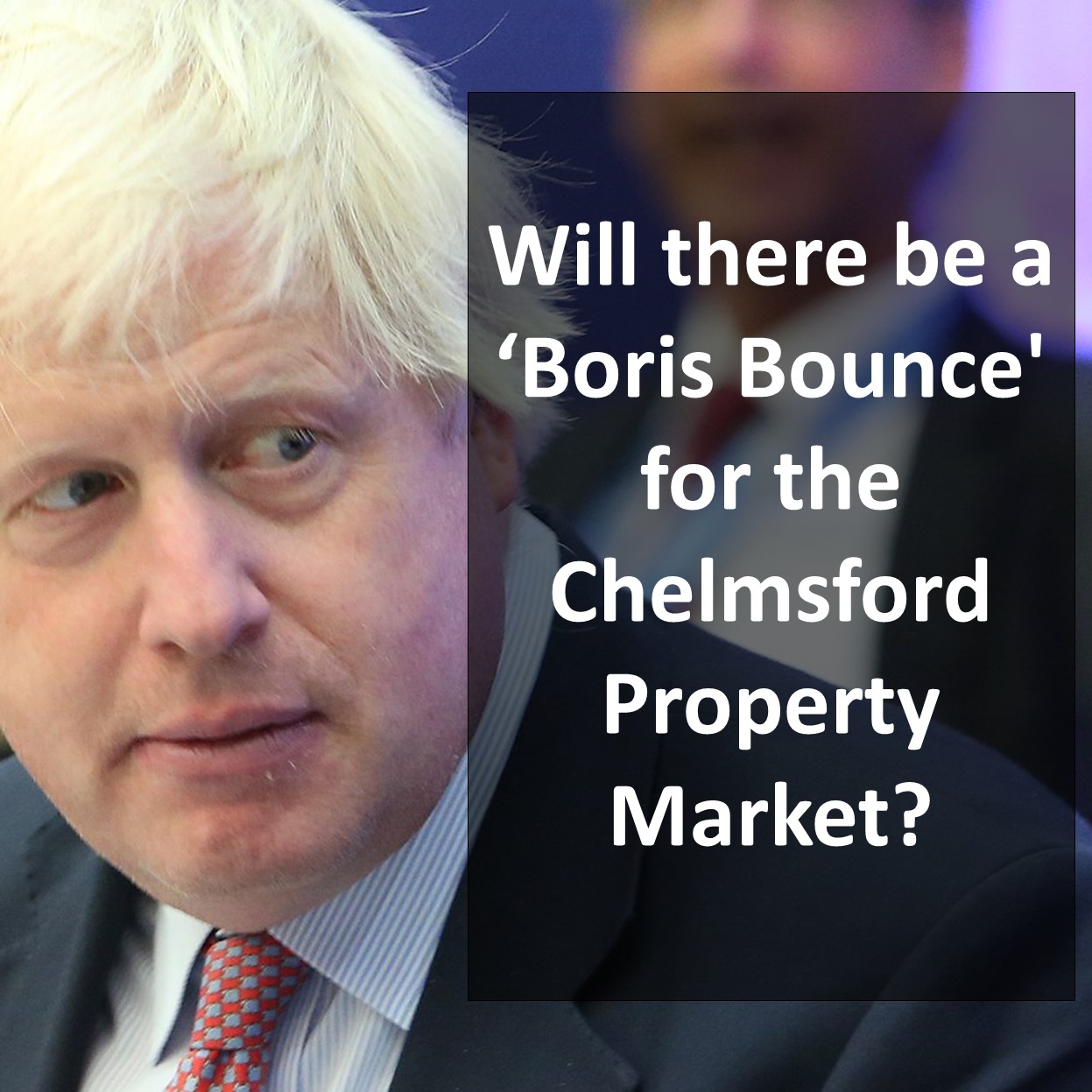 Will There Be a Boris Bounce For the Chelmsford Property Market?

The Halifax announced in early January that there was a Boris Bounce in the national property market as they stated national property values soared 1.7% in December 2019 – the biggest rise since the 1.9% month on month rise in February 2007 (a few months before the Global Financial Crisis aka the Credit Crunch).

Get the flags out – all hail Boris as the Conservatives gain their landslide general election triumph – the Boris Bounce is here … or is it?

The Halifax (as well as the Land Registry and other house price indexes) use data of property that has sold and completed (completion being when monies and keys of homes sold are transferred). The Halifax data was based on properties that completed in December 2019, and as anyone who has sold or bought a Chelmsford property in the last 10 years knows, the time it takes from agreeing a buying price to handing over the money is many weeks. In fact, the average length of time between sale agreed and completion in the country is running at 19 weeks, meaning the figures mentioned by the Halifax are for sales agreed in July / August 2019. This growth relates to what was happening to the property market in Summer 2019.

One of the most important things for the property market is confidence. Interestingly, Rightmove reported a 28% surge in buyer enquiries between the 13th December and 18th December. After a couple of years of Parliamentary hold-up, the confidence following this general election is unquestionably a much needed boost for the economy (and ultimately confidence), so much so, shares in the new homes builders Barratt jumped 14% and Persimmon 12% the day after the election, showing a property sector anticipation that the property market is about to move forward as suppressed demand for people moving home is liberated.

Looking at the previous elections, I decided to look at what happened to property values in Chelmsford in the 12 months after each election, with some interesting results. So, with past experience, a general election generally has a good effect rather than a worse effect on the Chelmsford property market.

Looking at the rest of 2020, my intuition tells me in the better areas of Chelmsford, it will likely be a seller’s market, as they will have more influence to ask for higher asking prices from Chelmsford property buyers that have placed plans to move on hold for far too long – and this could push up Chelmsford property values more promptly in the short term.

Yet, as more Chelmsford properties come on to the market in the usual spring rush, we could see Chelmsford home buyers having more choice and thus, as supply increases yet demand remains the same, buyers will get more power to negotiate a better deal. Irrespective of that, there is still the all-encompassing issue that I have spoken about many times in my blog of not enough homes being built to keep up with the number required, meaning negotiating power and prices being inflated.

The bottom line is, the Chelmsford housing market will get a slight boost from the general election. The threat of a Jeremy Corbyn government obstructed some Chelmsford landlords to build their buy to let portfolio in the later parts of 2019, so as long as sellers remain realistic with their pricing and present their properties in the best light, 2020 in the Chelmsford property market should be a year of ‘steady as she goes’.

P.S .One final thought – remember what I said about the Halifax price Index being 5/6 months behind the times – don’t be alarmed when they announce in the March/April/May a reduction in property values – like I said before – this will be the prices achieved in the later parts of 2019 i.e. not what is happening right now.