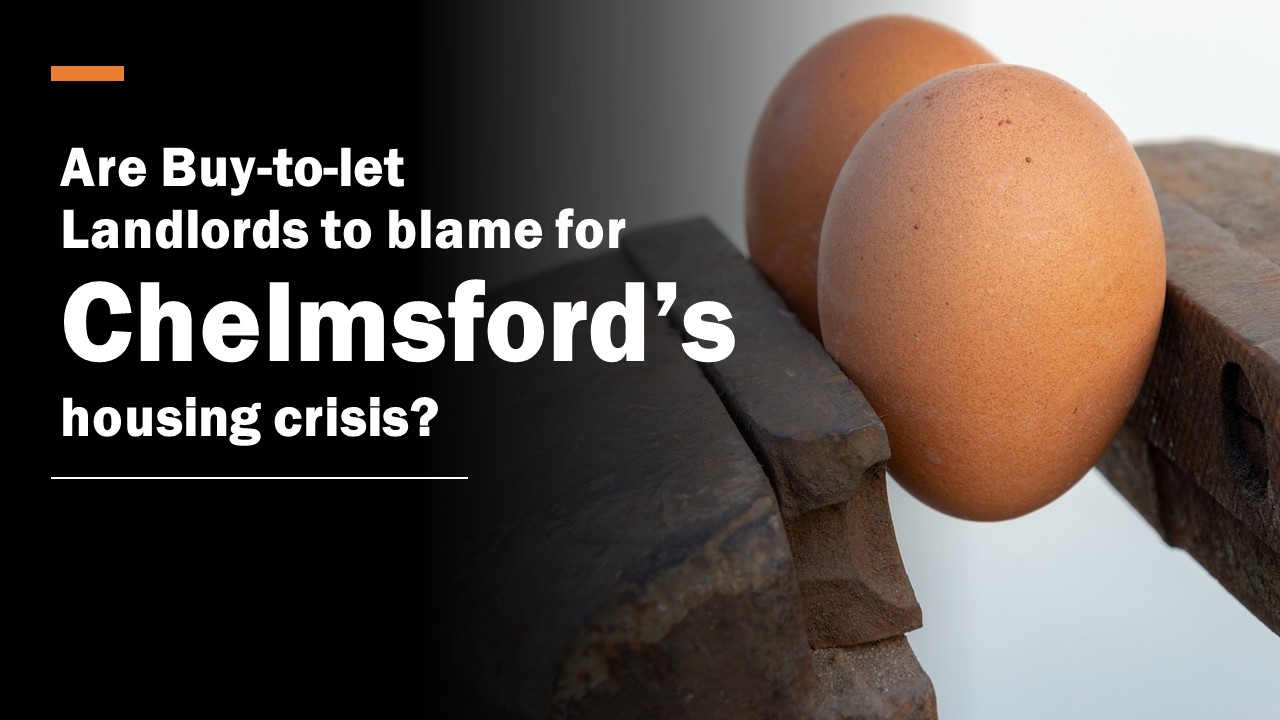 Are Buy to Let Landlords to Blame for Chelmsford’s Housing Crisis?

Isn’t it funny that nobody boasts they are a buy to let landlord anymore? Roll the clock back to the early millennium and you couldn’t go to the local golf club or shop at a Waitrose without someone dropping buy to let into the conversation as easily and as often as the weather.

Joking aside, if it wasn’t for buy to let landlords – Chelmsford and the UK would be in a rather difficult position when it comes to housing our local people. Many people believe that if you take buy to let landlords out of the loop of the UK property network, then it would be the land of milk and honey for first-time buyers priced out of the market. Those Chelmsford landlords provide those Chelmsford tenants with a mixture of homes to live in and using market forces, ensure the right number of Chelmsford homes are available. In fact, the stats show that…

Yet the retort from many tenant organisations would be that Chelmsford landlords are wealthy middle-class people, voraciously exploiting the failing Chelmsford property market for their profit and greed. Of course, the demographic of an average Chelmsford landlord is they tend to come from more fortunate backgrounds, with 3 in 4 of Chelmsford landlords aged between their late 40’s to late 60’s and 4 in 10 having a degree level qualification.

It also wouldn’t surprise anyone to learn that those who invest in a buy to let Chelmsford property are likely to be better off than those who have not yet been able to buy a home. Yet, that is the nature of the country we live in and it’s a consequence of a competitive free market economy (the alternative didn’t go too well in the Soviet bloc). Indeed, asserting that the buy to let landlords represent a transfer of wealth and money from tenants to landlords is like saying that the pub represents a transfer of wealth from drinkers to the pub landlord.

Don’t get me wrong, the tax loopholes for landlords up until 3 or 4 years ago were a little ‘too’ generous, still these were closed by the Tory’s themselves. However, should the Government try to place even more burden on landlords like some are suggesting, forcing them to sell, I am certain some Chelmsford first time buyers would find it cheaper to buy their first Chelmsford home. This is because they wouldn’t be in competition with Chelmsford landlords to buy the starter homes both types of buyers crave, meaning house prices would drop (simple economics would dictate that).

Yet, if the supply of Chelmsford privately rented homes contracted at a greater rate (because landlords were selling up) than demand, this would make renting more expensive (again simple economics) for the vast majority of Chelmsford tenants who were still renting a Chelmsford home. Irrespective of whether property values dropped, it might take years for a tenant to save for a deposit, whilst the rental properties the landlords want to sell, the tenants only need to be given two months’ notice to leave so the property can be put on the market.

One might ask why don’t the local authorities build more council houses?

Well, Government funding has been tight because of the credit crunch deficit since 2009 and going forward because of the current situation with Covid-19, it will get even worse. In fact, of the 617,230 new homes built in the country over the last 4 years, only 8,270 or 1.33% were built by local authorities, meaning only just over 1 in 100 of all new properties built in the last 4 years were built by the local authorities.

This is important as the number of people in rented property has been growing over the last 20 years. In fact, when you look at all the tenants in council and private rented accommodation locally…

26.7% of Chelmsford people live in a rented property

Local authorities haven’t got the money, Housing associations get their money from central Government, so the only other source of housing is private landlords. The problem existed before private landlords filled the gap. No doubt many Chelmsford landlords have certainly gained from the problem, especially between 2000 and 2007, yet at the same time, they have helped home millions of people.

Consequently, are Chelmsford landlords greedy and selfish?  For most law abiding Chelmsford landlords, who look after their tenants and their properties really well, nothing could be further from the truth… and yes they have made some money – yet if you take into account property maintenance, mortgage finance, taxation, agent fees, surveys and inspections – it’s really not the gold mine many think it is.

Not until all the political parties stop using the housing issue as a political football will this issue be sorted. For example, it makes sense to allow mass building in the South East, again driving up supply and making property more affordable, yet that would wind up the Tory voting home county heartlands. It’s a shame because we do have the room to build more homes, in fact…

Only 1.2% of the country has houses built on it

The country needs a massive root and branch change to sort things out, yet I have grave misgivings that any politician has the stomach or the political resolve to do anything about it.

If Covid-19 does affect the confidence in the property market, that will be in fact good news for Chelmsford landlords, as long as the Government doesn’t put its big ‘size 9’s into the rental market by taking even more money out landlord’s pockets. 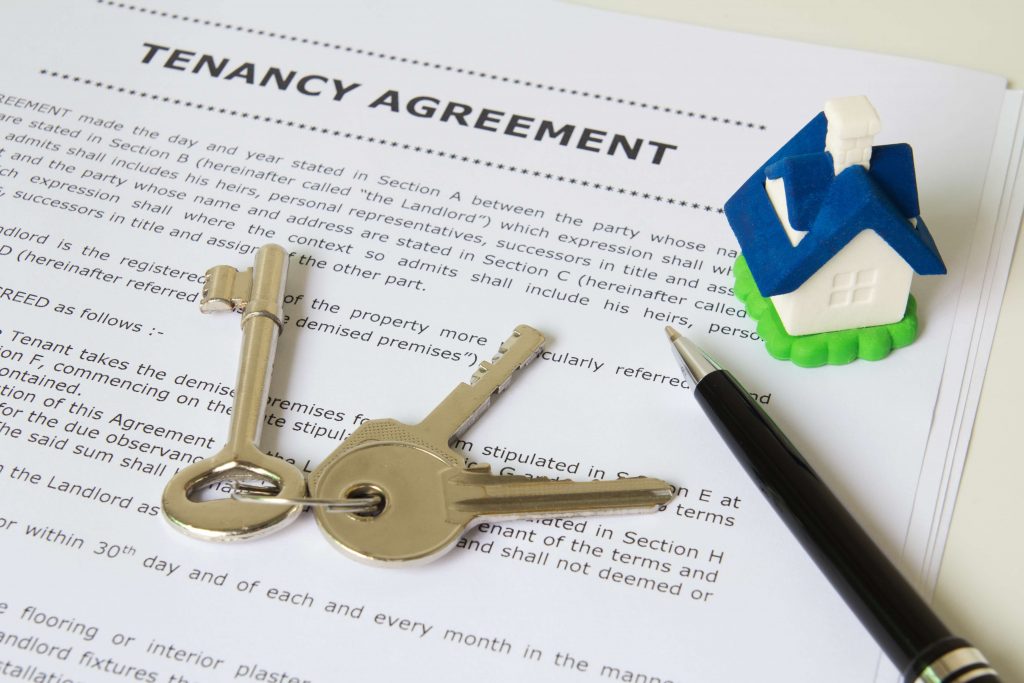 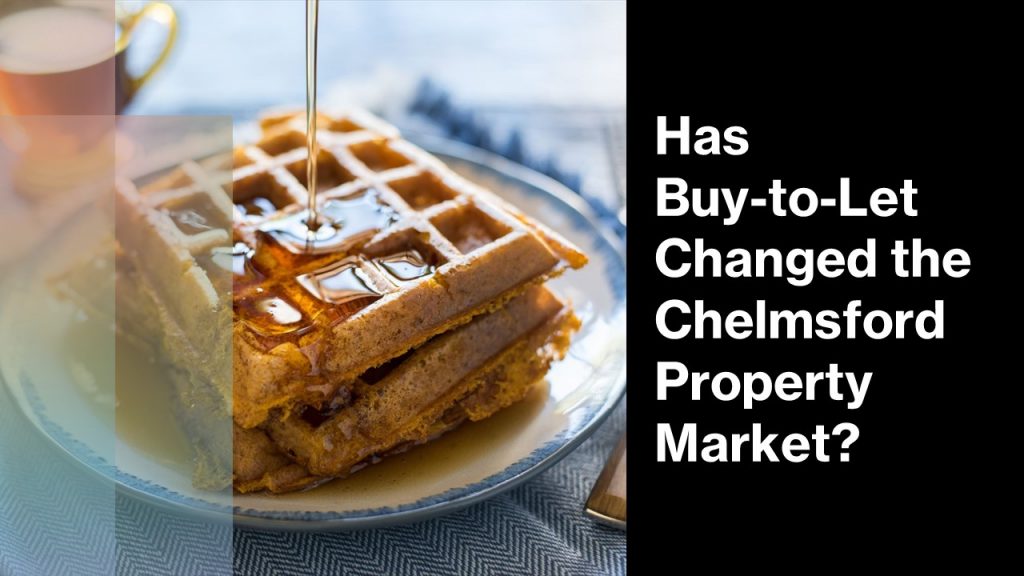 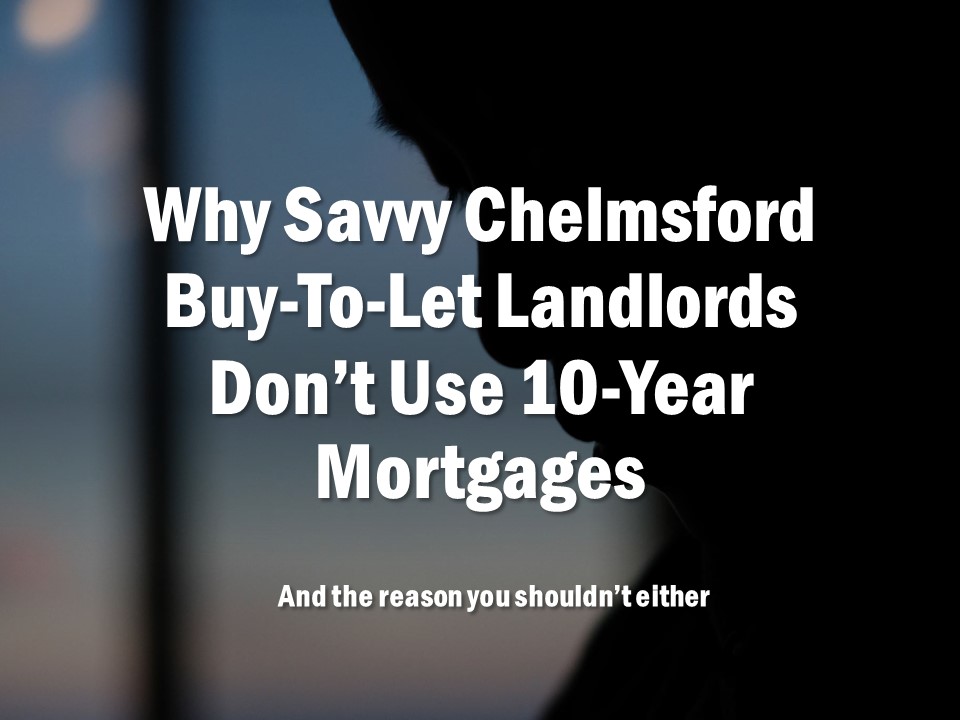